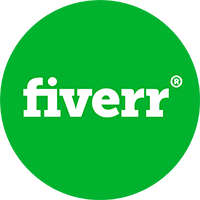 Fiverr® is a service that connects people who can do things to people who need things done, usually cheaply. After toying with the idea of outsourcing some parts of my hobby projects, I found Fiverr®'s US$5 starting point just low enough for me to want to try it out.

I decided I would request a retro logo for GrubThing, my restaurant inspection ratings project. I found a seller in Bangladesh who was offering vintage logo designs and had some decent reviews.

I submitted a payment (CDN$7.85 after fees) and filled out some basic information - the typical "I'm completely flexible about how it looks, but it absolutely has to feature A, B, C, D and it has to look like E, F, and G and anything else will be rejected" cotillion of contradictions that is the bane of graphic designers everywhere.

Fiverr® reported that my "Gig®" would be delivered in five days. And it was! 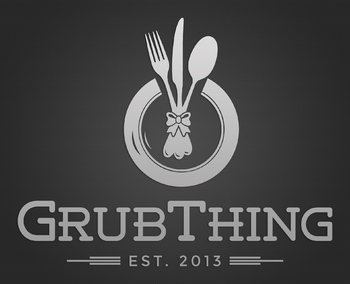 I immediately liked the result. I didn't even feel a need to push back for revisions. I did, however, have a few questions:

The seller replied right away and indicated the Raw file would cost US$30 extra. He didn't answer the font question, though.

I replied and asked if the Raw file format was "EPS", which is recommended for print work. The seller confirmed that yes, it was EPS.

Then I followed up with another inquiry about the font, because I know that typefaces can be pretty tightly controlled, and I was concerned that it might cause trouble down the line. The seller responded and basically asked (paraphrased) "Do you want the source file? I have 10,000 fonts and I can't remember which one it was." Since I was just demoing the service, I thought "well, what the heck - I'll go for it", and I ended up paying for the Raw file anyway.

Before I paid, I did some google searches to check for similar logos - it seemed to be mostly unique, and I was happy with that. My search wasn't exhaustive, but for a five dollar (or even thirty-five dollar) logo on a hobby project, I think the search was sufficiently thorough.

Once I paid (CDN$44.73 with fees), I promptly received a zip file containing the logo.ai and logo.eps files (among other formats), and a confirmation of the name and source of the typeface - "Weston Free Font". Everything seemed to be above-board on the font front.

I gave the seller five stars, and overall I was happy with the experience of using Fiverr®.

A word of advice, though: if you think a design doesn't need revisions, you're probably wrong.

When I showed this design around to a few folks after the fact, some suggestions were made that would have improved the overall design. For example, some of the alignment was a bit quirky, and the bow was a little bit too kitschy. I have the raw files, so I should be able to amend the design myself if I feel it becomes necessary - however, if I hadn't rushed to wrap up the interaction, I might have been able to get some small fixes done.