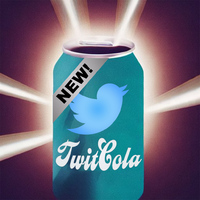 Artwork created in collaboration with StableDiffusion

Well, it finally happened. A billionaire bought Twitter and took it private.

You'd think I'd be happy about that. In the past, I've railed against publicly-traded companies and their duty to shareholder profit above all other considerations - and I'll continue to do so in the future. But today presents some different problems.

The main problem is that this particular billionaire has fascist fans, and pants to match. This macho business donkey wrestler is touted as a genius but acts like a bellend - to a degree that would be comical if he wasn't part of a clear and present danger to civilization.

He knows how to stir things up, but hasn't the foggiest idea how to cool things down.

In my opinion, this does not bode well for the future of Twitter - the "New Twitter". I'm not going to go into too much detail on the entire slate of problems I fear will arise from this. Instead, I'll merely state what actions I'm going to take, and explain what will be needed for me to change my mind.

I have been a Twitter Blue customer since the feature was first released. More tech companies need to focus on the idea of their users being their customers, and not secretly the product, and I felt that Blue was a step in that direction that was worth rewarding.

The feature provided some value for me - bookmark folders, delayed tweets with an Undo option, custom app icon, etc.

But I don't want any of my money going to this new owner. So that ends today.

I've set my account to Protected mode for the time being. My tweets still exist, but now they are only visible to my followers.

Specifically, Twitter has this to say about what "Protected" means:

If you protect your Tweets, you’ll receive a request when new people want to follow you, which you can approve or deny. Accounts that began following you before you protected your Tweets will still be able to view and interact with your protected Tweets unless you block them.

Protected Tweets: Only visible to your Twitter followers. Please keep in mind, your followers may still capture images of your Tweets and share them.

I don't mean I'm going to delete my account - just the app off my phone, and the bookmark off of my web browser. Doesn't mean I won't visit. Doesn't even mean I won't tweet. Just means that I'm trying to take a break.

(taking the same approach to reddit has not been fully successful. heh.)

I'm going to wait and see what happens.

There's been talk of wanting to ensure Twitter continues to exist as a "town square". There are two schools of thought on this, and one of them is that it means Actual Full-Throated Na​zi Motherfuckers (AFTNMFers) are going to overrun the place - perhaps even welcomed with open arms by the new CEO.

The safety policies that Twitter enacts and enforces will be the main arbiter of whether I decide to resume full-time use of the site.

There is a profound difference between the "town square test" concept of being able to make bold antiestablishment statements without fear of government persecution, versus the ravenous fomentation of hatred designed to embolden susceptible audiences into genocide. The AFTNMFers are firmly in the latter camp, and they'll tell you so to your face, using their real identity.

They are, without a doubt, the embodiment of "give them an inch, they'll take a mile".

In the absence of cooler voices, their rabble will increasingly crowd out everything else.

Twitter's safety policies will define the tenor of the conversation. They'll be the lone lever of control that New Twitter can wield over its own future. Will it try to enforce a community standard for behaviour and content, to ensure that users can build real communities where the members feel safe and valued? Or will it descend further into hellsite chaos, ultimately reduced to offering no redeemable societal value whatsoever?

That's what I'm waiting to see. What will Twitter do to save itself when the swill of humanity becomes front and center, once the only thing they can offer the world is a spigot of bigotry and hatred? If the new overlord guts the company, as appears to be the case, how could they possibly come close to providing a safe environment for users? They'll have to spend most of their time working to ensure the technology doesn't collapse. Amid that mad scramble, they won't have time to philosophize about their value-add to society, nor how to deliver it.

There are no easy decisions around moderation. If you think you have an easy-button solution for it, you are not seeing the problem from all angles and life stations.

This new owner always seems to think he alone has the easy-button solution to everything that plagues humanity (except, for some reason, actual fucking plagues). I'm waiting to see the actions, not the words, that prove he understands even a modicum of the problem he's bought his way into.

All systems evolve or perish. I'm waiting to see which path New Twitter chooses. Until now, they had been choosing stable and gradual evolution. That option is clearly off the table. Rapid mutation, which can be necessary for survival, can just as frequently be problematic and capable of steering organisms swiftly into extinction.

Where Everybody Knows Your Name

I'll be around on Mastodon, on PolyWork, on Flickr, on my photo website, and here on Whateverthing. I'll peek in on Twitter every once in a while, but I won't be a "heavy user" again until New Twitter has proven itself worthy.

I have a sinking feeling that I'm going to be waiting a long time.